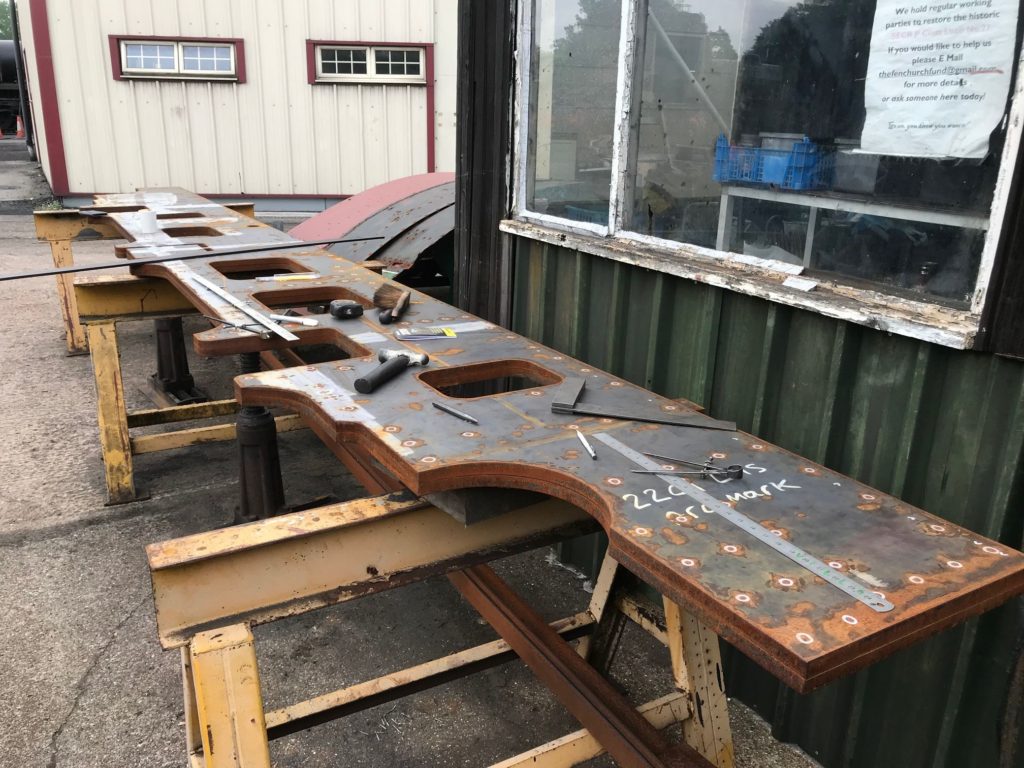 Talking of you’ve been framed (or at least Matt does) today Matt has also finished the task of painstakingly marking out all of the hole positions for the main frames! just over 400 holes in total and roughly 24 man hours spread over the last couple of months, weather dependent! Following verification and a quick double check, measure twice cut once as the old saying goes, we should be in a position to commence drilling the main frames at our next working day later in the month!

Also the Vacuum brake cylinder has been finally fitted together and tested fit for use and has now been put into storage waiting for the time that the new frames are erected and ready to have the cylinder fitted. The picture above shows the tools of the trade scattered on the frames as the rear of the frame plates are marked up! each white chalk pen circle identifies a centre pop denoting a hole centre! 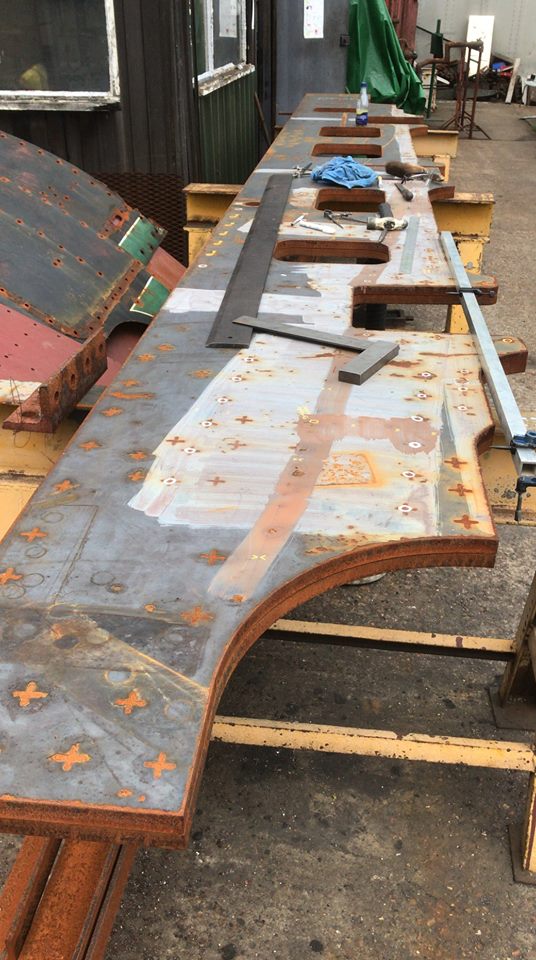 The front of the frames being marked out with the holes for the cylinder block bolts having been marked and circle in white chalk pen. 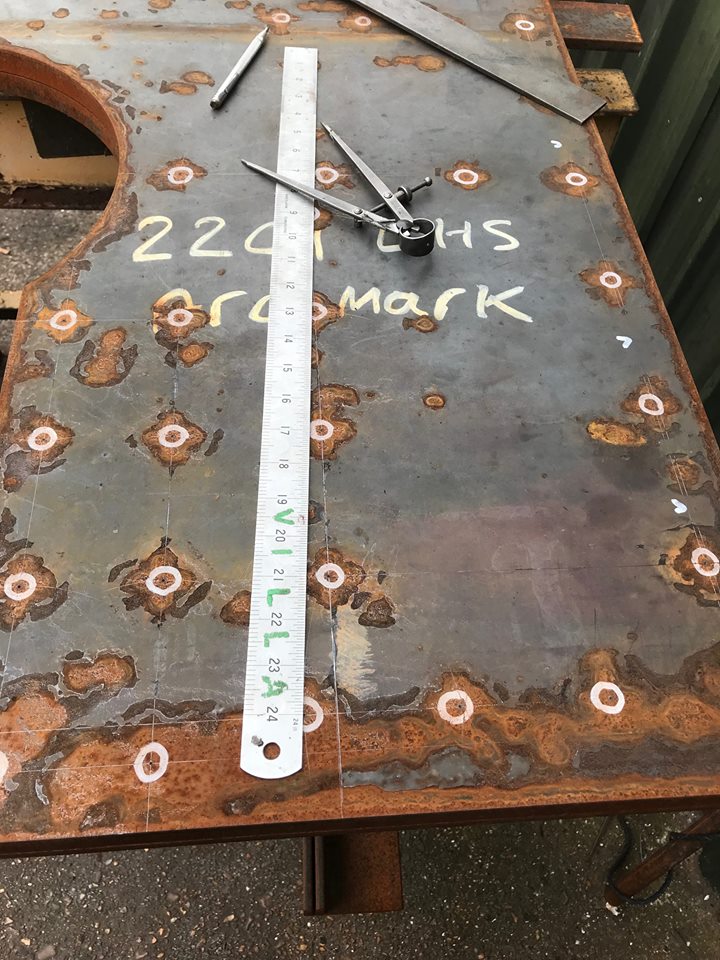 The rear of the frame plates finished and ready for drilling. If you look carefully you should be able to make out the centre pop marks circle’d by the white chalk pen from which we can centre the Mag drill and drill all the various holes! 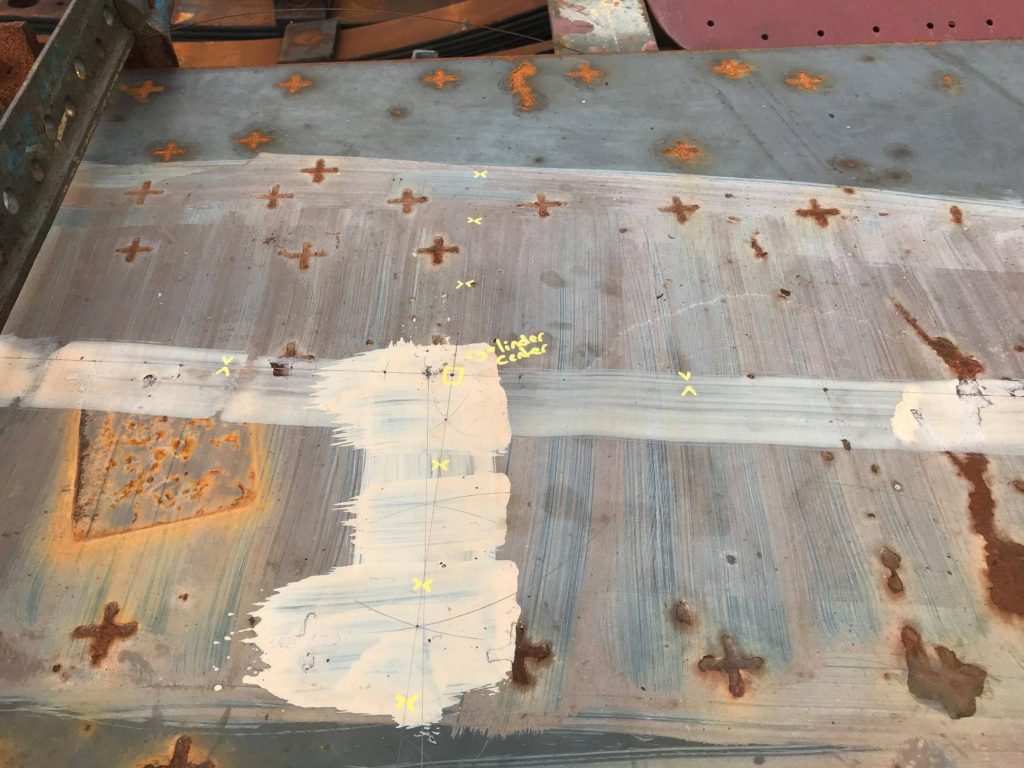 Marking out of the cylinder centre line & cylinder block centre, rising at a 1 in 9 incline from the centre axle, highlighted by the yellow chalk pen marks. 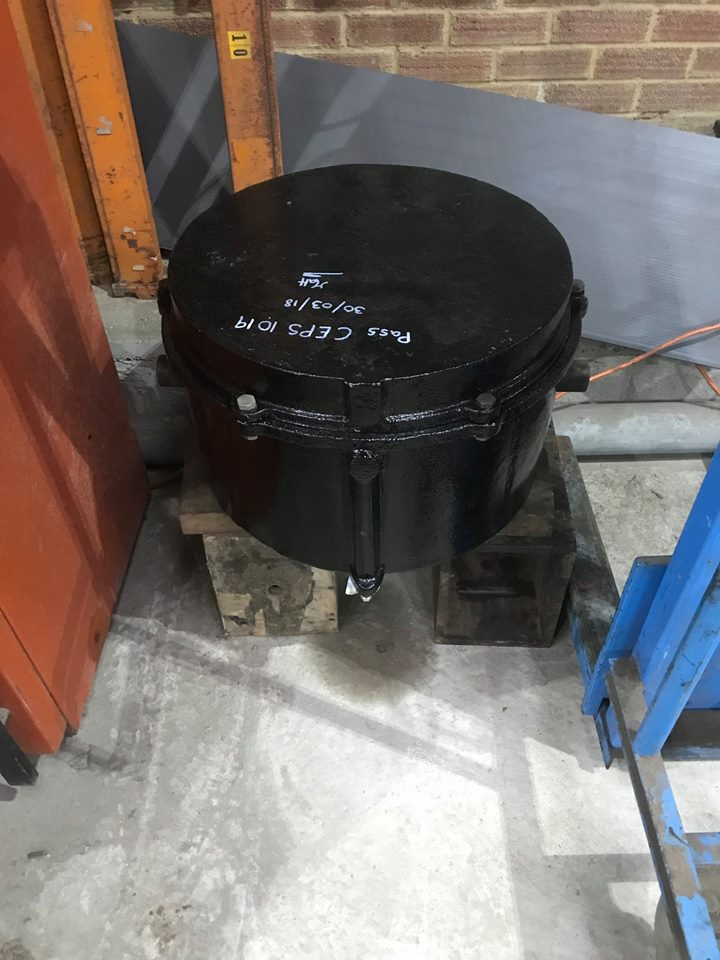 Vacuum brake cylinder freshly overhauled and tested to CEPS 1019 on the test rig at Horsted Keynes.This can now be put into dry store awaiting the time that we’re ready to fit the brake cylinder. 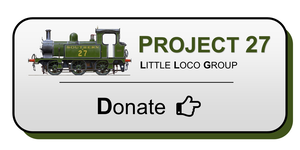